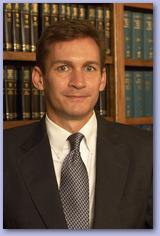 UM (“uninsured motorist”) coverage in North Carolina provides a means of recovering damages sustained in a motor vehicle accident if the tortfeasor (i.e. the person at fault who caused the accident) does not have insurance. Where the tortfeasor has liability coverage, UIM or “underinsured motorist” coverage in North Carolina provides additional recovery beyond the tortfeasor’s liability limits. Uninsured (UM) and Underinsured (UIM) insurance coverage is therefore a possible source of recovery for someone injured in an automobile accident. 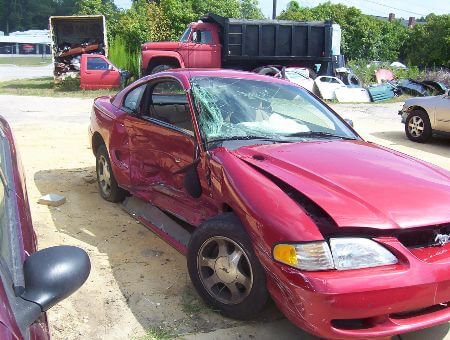 This vehicle was T-boned at a high rate of speed. The injuries received in this collision were greater than the minimum amount of liability coverage required by law; thus, the passenger would have benefitted from UIM coverage.

This Article briefly addresses UM and UIM law in North Carolina. Due to the complexity of this area of law, this Article is abbreviated. Further, citation to cases is typically omitted. A more comprehensive Article with citation is available upon request.

Uninsured and underinsured motorist coverage is constantly in flux. A case from January 2014 addresses the importance of the insured giving notice to the UIM carrier of a proposed (tentative) settlement. In another case from 2014, a federal court held that a policy with minimum liability limits ($30,000 per person per accident) is not entitled to UIM coverage, and thus a selection/rejection form is irrelevant. A case from November 2013 addressed the situation where an insurer allegedly forges the insured’s signature on a Selection/Rejection form. A case from August 7, 2012, for example, addressed an aspect of “hit and run” coverage, ruling that a passenger injured by a tire which fell from another vehicle did not have UM/UIM coverage for his injuries.

Determining whether UM or UIM coverage is available, as well as the extent of that coverage, is often a complicated issue. This determination often requires an analysis of the statute at issue (North Carolina General Statute 20-279.21), the insurance policy at issue, and numerous cases from North Carolina interpreting this statute and the policies.

Due to modifications in the North Carolina UM/UIM statute, there are some different rules for policies issued prior to January 1, 2009, policies issued between January 1, 2009 and prior to January 31, 2010, and policies issued after January 31, 2010. The changes in 2008 and 2009 (effective 2009 and 2010) alter the prior law which required the use of a “selection/rejection” form (i.e. to select or reject UM or UIM coverage), and required the insurance company to offer UM/UIM coverage. These changes were enacted to avoid the result of a decision in 2005 (Williams v. Nationwide Mut. Ins. Co.), which required an insurer to provide $1,000,000 in UM/UIM coverage where the insurer did not offer the insured to purchase this amount of coverage. Subsequent cases from the Court of Appeals have further clarified the effect of Williams's case, which continues to apply to policies issued prior to January 1, 2009. In a case decided on September 6, 2011, the Court of Appeals held that there were genuine issues of fact as to whether the insurance agent offered the insured $1,000,000 in UM/UIM coverage. In this case, the agent testified that he provided the insured with the option of purchasing this coverage and that the insured executed the selection/rejection form. The insured, however, filed an Affidavit stating that the signature on the selection/rejection form was not his, which was also supported by a hand-writing expert.

The mandatory (statutory) UM/UIM requirements apply only to a “motor vehicle policy” of liability insurance which is “certified as provided in G.S. 20-279.19 or 20-279.20 as proof of financial responsibility.” It has been held, therefore, that an “umbrella” policy is not required to provide UM/UIM coverage, even though such a policy may provide automobile liability coverage. Some vehicles are excluded from the FRA, such as county-owned vehicles.

A UM policy also covers a “hit and run” accident. In order to invoke this coverage, there must be a collision between vehicles. Where a vehicle (i.e. “phantom” vehicle) crosses the center line and leaves the scene, and causes the insured to leave the roadway and e.g. strike a tree, there is no hit-and-run coverage, because there is no collision between vehicles. (The insured is also required to report the hit-and-run accident to a police officer, in order to preserve this claim.)

A driver who strikes a log in the road does not have UIM coverage under the “hit and run” provisions of the FRA. In another case, decided previously by a federal court, coverage was found under similar circumstances. Where a rock fell off a truck and struck the claimant in his vehicle, the claimant had UM coverage under the hit-and-run provisions. “If it is ultimately found to be true, as defendant alleges,` that the rock that crashed through Ana Larson’s windshield fell and escaped directly from an unidentified dump truck that was hauling the rock in the course of its business, then there has been an “an unbroken ‘chain collision’ which involves the hit-and-run vehicle…. [and] the physical contact requirement has been satisfied, albeit intermediate and indirect.” Geico Insurance Co. v. Larson, 542 F.Supp.2d 441 (E.D.N.C. 2008).

The person claiming coverage must of course establish that he is an “insured” under the insurance policy. UM/UIM coverage is generally afforded to the named insured and his relatives who reside with him, regardless of whether they are in or occupying a motor vehicle (which is frequently described as a Class I insured). It is also provided to all persons occupying “a motor vehicle to which the policy applies.” N.C.G.S. Sec. 20-279.21(b)(3). This presumably means the vehicles listed in the policy, and these persons are “Class II” insureds.

With regard to the first class of insureds, it is noteworthy that they have UM/UIM coverage for their bodily injury arising from a motor vehicle accident, regardless of whether they are even in a vehicle. Therefore, a pedestrian who is struck by a motor vehicle may be a Class I insured.

There are many North Carolina cases addressing whether a given person is a “relative” of the named insured and whether “resides with” the named insured. These cases tend to be very fact-specific.

There are again many cases addressing the issue of whether a person “uses” an automobile, in a variety of different coverage contexts. In general, this phrase is construed very broadly (when doing so affords coverage). As long as the insured’s injuries have a reasonable causal connection with his injuries, then he is afforded coverage. For example, where the insured was laying in the roadway with a chain attempting to attach the chain to a vehicle to assist a stranded motorist, and another vehicle approached this scene and collided with the insured, it was held that his injuries arose out of his use of the disabled vehicle and also out of the use of the tow truck. On the other hand, where the insured-police officer stopped a motorist, the motorist fled, the officer chased the suspect and broke his ankle during the pursuit, his injuries did not arise out of use of an underinsured motor vehicle. The injury was not a natural and reasonable consequence of the use of the vehicle.

To be a Class II insured, the person must be using a vehicle which is identified in the policy.

In addition to establishing UM/UIM coverage, the insured must generally prove his claim and obtain a judgment against the uninsured or underinsured motorist. The basic thrust of the UM/UIM scheme is generally that the UM/UIM claim is derivative and dependent upon the claim against the tortfeasor. Where the insured has followed the procedure in the statute for settling with the liability carrier, he may settle with the tortfeasor (and his liability carrier) and sign a limited release, and later pursue his UIM claim.

Therefore, as a general matter, the insured must at least preserve his claim against the uninsured or underinsured motorist. Where, for example, the statute of limitations has expired against the tortfeasor, the UM/UIM claim is defeated. For that same reason, the insured may not release the tortfeasor. In such event, the UM/UIM carrier essentially obtains the benefit of this release, unless the insured has complied with the statutory procedures for the insurer’s waiver of subrogation.

Thus, for example, the failure to prosecute a derivative claim negates that derivative claim against the tortfeasor, and also against the UM/UIM carrier. Thus, a spouse’s claim for loss of consortium against a UIM carrier must be tried with the principal action, else it is lost. Where the consortium claim is dismissed, that dismissal must be immediately appealed; if the principal action goes forward, the consortium claim is lost.

The insured must therefore generally prosecute his claim against the tortfeasor and would be entitled to all damages recoverable under North Carolina law. These would include medical bills, lost earnings, and “pain and suffering.” As noted below, the UM/UIM carrier might be entitled to offsets.

Any limitations or exclusions on UM/UIM coverage would of course generally be construed against the insurer, and in favor of the insured. Further, any exclusions which are inconsistent with the Financial Responsibility Act are invalid and unenforceable. For example, an exclusion for vehicles owned by a family member of the named insured is not enforceable because the FRA generally requires coverage for Class I insureds, regardless of the vehicle in which they are riding.

A UM/UIM insurer may be entitled to several offsets or credits or other reductions in its ultimate liability to the insured.

An offset must of course comply with the Financial Responsibility Act (assuming that the UM/UIM coverage is “mandatory”). The FRA expressly provides for a few offsets.

The presence of worker’s compensation payments raises several complicated issues of offset, which have not been clearly addressed under North Carolina law. In 1999 the Legislature amended the FRA to state, “Uninsured or underinsured motorist coverage that is provided as part of a motor vehicle liability policy shall insure that portion of a loss uncompensated by any workers’ compensation law and the amount of an employer’s lien determined pursuant to G.S. 97-10.2(h) or (j). In no event shall this subsection be construed to require that coverage exceed the applicable uninsured or underinsured coverage limits of the motor vehicle policy or allow a recovery for damages already paid by workers’ compensation.” There are a few cases addressing this provision, but there often remains some ambiguity in applying this provision.

A UM/UIM case can also be tried in court, which likewise raises numerous procedural issues, such as the role of the UIM carrier at trial.

John Kirby has taught multiple Continuing Legal Education courses on Uninsured and Underinsured Motorist Coverage in North Carolina and has represented insurers and insureds in such claims in court, and before the North Carolina Supreme Court.