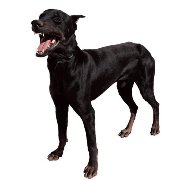 Dog bite cases are not uncommon in North Carolina. Attorneys often represent victims of dog attacks and the dog owners in these disputes. One study found that there are nearly five million dog bites annually in the USA. Many of the victims are children, and about half of them were bitten in the face.

In North Carolina, a person bitten by a dog is entitled to compensation if the dog possessed a vicious propensity and that its owner knew or should have known of this propensity. The dog owner (or another person in control of the dog) can also be liable if he is negligent in handling the dog. The dog’s owner is liable if, based on the dog’s past conduct or general propensities, the dog, if not restrained, is likely to bite or attack someone. Case law also states that “The type, size, nature, and habits of the animal, known to the owner, are all circumstances to be taken into account in determining whether the owner was negligent.”

The law of dog bites in North Carolina is evolving. In Stephens v. Covington, a case from Febr Rottweiler attacked an eight-year-old child. The child sued the dog’s owner, as well as the landlord (property owner) who rented the property to the dog owner. The court ruled that there was not sufficient evidence that the landlord knew that the dog was dangerous, and the case against the landlord was dismissed.

Below are some verdicts and decisions in North Carolina involving dog bites. It should be noted, however, that many cases are dismissed by the courts because the plaintiff does not have sufficient proof of the dog’s dangerous propensities or of the owner’s negligence.

There are other “twists” on this basic law. If the plaintiff was negligent (or “contributorily negligent”) in failing to protect himself from injury, or in putting himself in a dangerous position, then he cannot recover. Persons other than the owner of the dog can be liable if they had some degree of control over the dog (e.g. a landlord). Further, some municipalities in North Carolina have ordinances requiring that dogs, e.g., be kept on a leash; a violation of these rules can also support a claim against the dog owner.

A person bitten by a dog should of course seek medical attention for the wound and should administer first aid, including cleansing the wound to minimize the possibility of infection. In considering a potential claim, they and their lawyer should conduct an investigation to determine whether the dog had a dangerous propensity or a history of biting people. They should also examine the local ordinances, if any. The prosecution of such a case might also require the use of an expert witness.

A lawyer can often help the victim of a dog bite to determine if there is a viable claim against the owner of the dog. The lawyer can also help to assemble the damages recoverable in such a case. These claims are often settled with the homeowners (or renters) insurance company for the dog owner, and the lawyer can assist with the negotiations with the insurance company.